Tania is a NZIPP Accredited Professional Photographer based in the Taranaki region of New Zealand’s North Island. 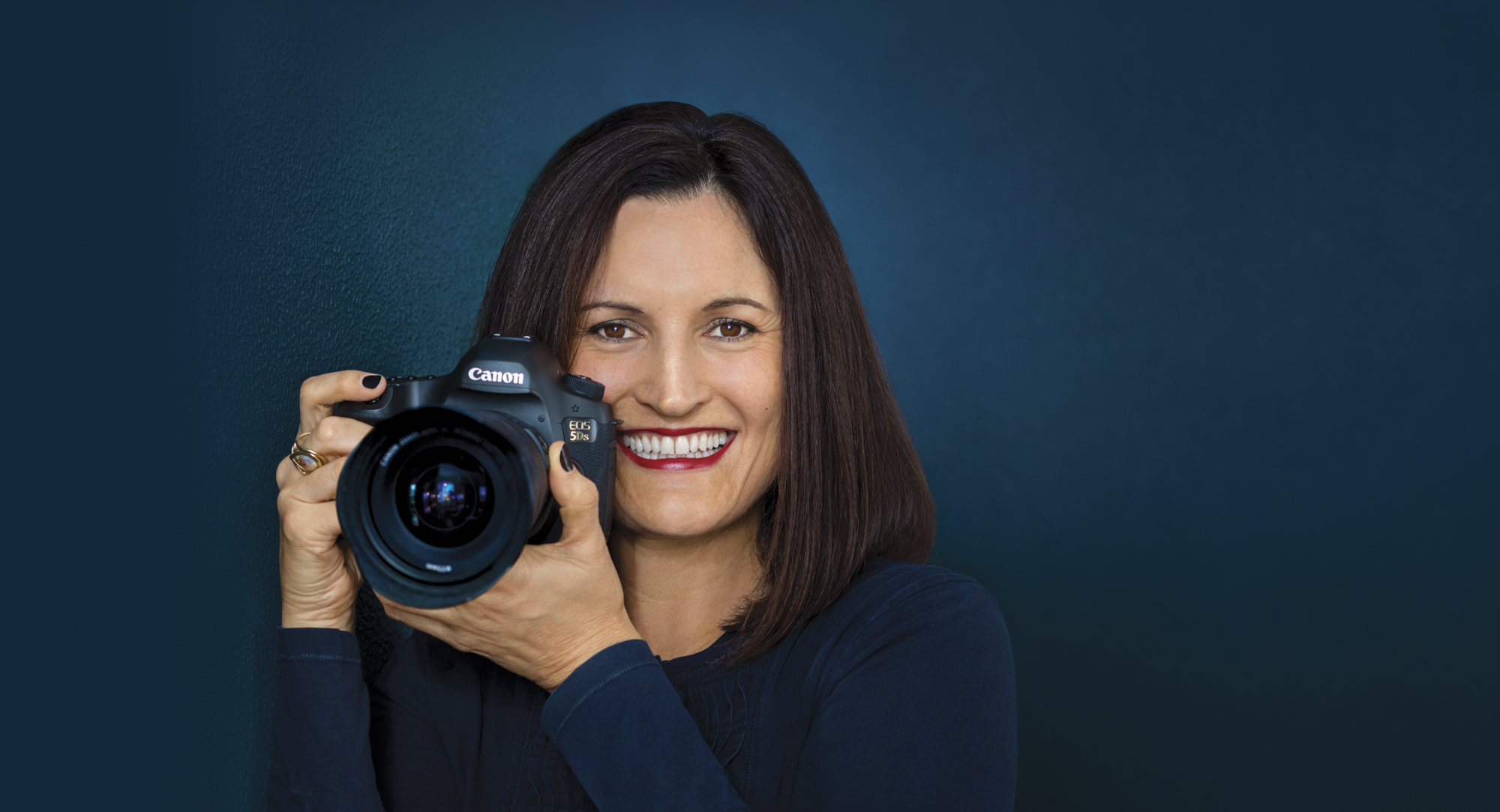 Can you please tell us about yourself, what is your background and how did you start with Portrait photography. Do you have any formal training?

My fascination with photography started as early as 3yrs old, helping dad print black and white photos in our tiny schoolhouse laundry which was made into a make-shift dark-room.  Dad captured some really cool photos of my siblings and I growing up in a rural community. In my adult life I realised my parents made sure we were surrounded with photos growing up. My father had none to capture his childhood and his mum died when he was just nine years old.  Fortunately, and sadly, he only had one photo of his mother.

As a teenager I was super fortunate to be able to make great use of dad’s camera gear. I lived for the excitement and adrenaline of photographing friends/local sporting heroes playing rugby-league or surfing somewhere around the wild Taranaki coast.

After graduating from Waikato Polytechnic with Honours in Photography I landed my first dream job as Studio Manager for John Crawford back in my home city of New Plymouth.  This was an opportunity to learn all about commercial, wedding and portrait photography like never seen before.  The experience of working with such a legendary photographic artist was incredibly transformative.

I have always had an excellence ethos, and here with John I got to see what excellence looked like at the highest level.  Through John I developed my skills in photographic design, studio lighting and how to entertain and communicate with clients to put them at ease so they would enjoy the experience of being photographed.

In 1995 I migrated to Australia and developed a solid reputation achieving many international photographic awards.  Although I was then based on Sydney’s Northern Beaches, I was still very much a member of the NZIPP and at the age of 26 years, became the youngest NZIPP Professional Photographer of the Year.  That same year I also achieved NZIPP Master of Photography alongside my friend Rachael McKenna (nee Hale) and soon after we also both achieved Fellow (and gold bar to fellow), which is now known as Master with Distinction.

Eight years ago at the age of 41 I was thrilled to become Australia’s youngest female Grand Master of Photography with the Australian Institute of Professional Photography (AIPP) and have just been made a Life Member.

In 2015, when ‘the call of Taranaki’ became too strong, with great support and strategic advice I changed my business model and returned home to Waitara. I then opened a studio nearby in New Plymouth where my career began.  Here I have found my niche, working on commissioned photographic art assignments as well as commercial and portrait photography.  For the last 5 years, until the borders closed I have been flying back and forth between my two businesses in New Plymouth and Sydney. 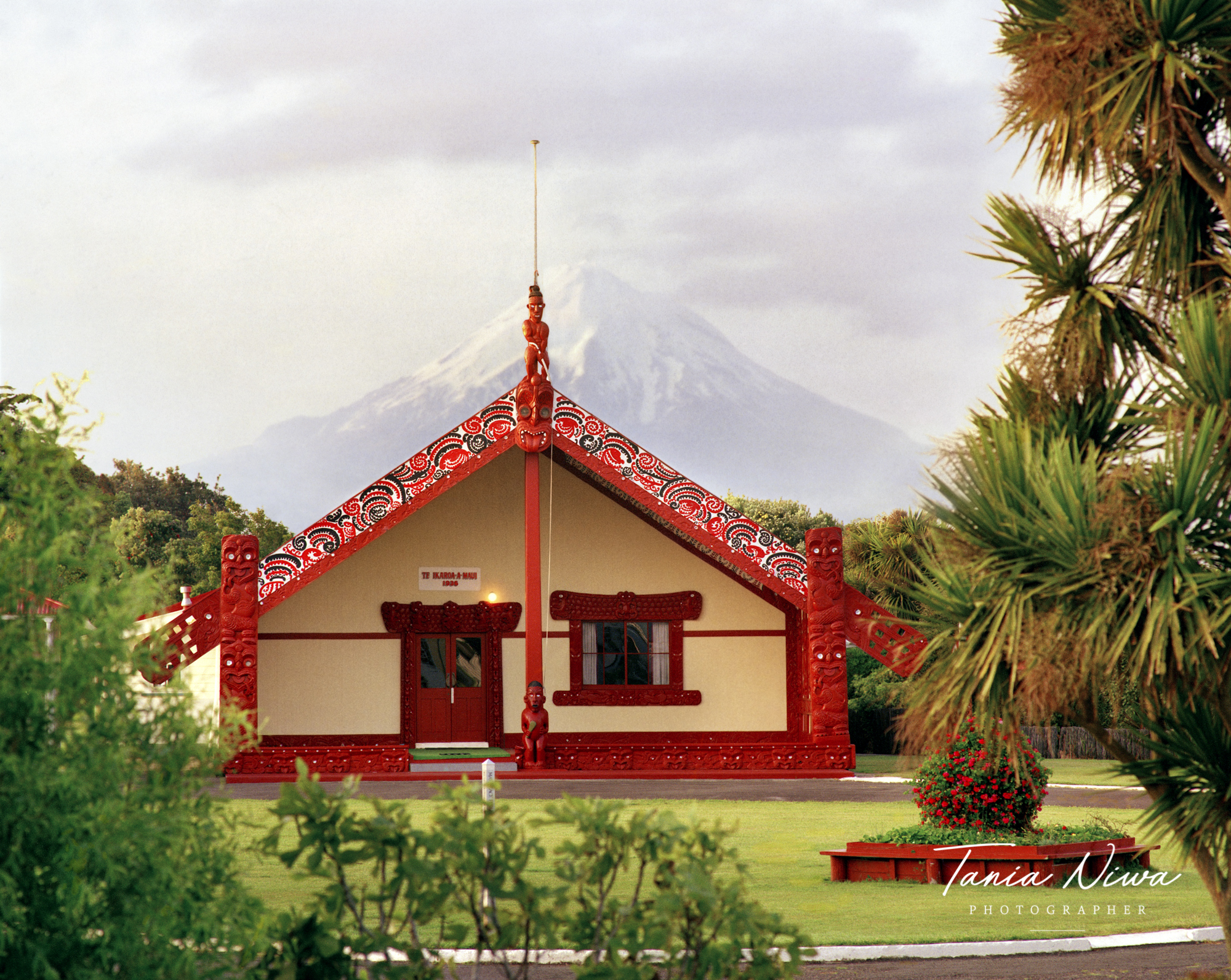 Can you tell us more about your ongoing series on tribal images and how your Maori heritage has influenced your unique storytelling?

My parents were teachers and when I was nine years old, my family moved from a rural community in the Rangitikei to Waitara on the coast just north of New Plymouth where I was born.

I really hadn’t been exposed to a lot of Maori culture in my former years, except what dad had taught us at school through waiata – singing, games and basic Māori words.  I didn’t know anything about my two tribes and the history of our Te Ātiawa and Taranaki people.

In Waitara, the local marae was centrally located right next to our schools and home so I got to spend lots of time there learning tikanga – customs, whanaungatanga – connection and kinship, and manaakitanga – hospitality, respect, generosity and care for others;  this helped shape my identity as a young Māori wāhine.

We used to have high school art classes at the Marae also, drawing illustrations of the carvings as the basis for paintings.  These  experiences influenced my photography in later years.  I now identified with being Māori and there was an awakening of my spirit even if I didn’t realise it.

My photography is all about connecting, capturing and reflecting upon the essence, character and soul of people, their families, environment and culture.

I draw inspiration and strength from my Māori cultural heritage. In my early career in 1994, whilst still living in Taranaki, I created a ‘tribal’ series of indigenous portraits infusing my portraits with the style and character of my Māori ancestry.

Over three decades I developed a series of stylised modern tribal portraits of people of different cultures, capturing each person’s indigenous spirit.  I had photographed Australian citizens of African, Indigenous Australian, Samoan, French African, Sth American, Indian and Italian descent. More recently over the last decade I gravitated back to showcasing the authentic essence of Māori women, so have come full circle.

Having developed this ongoing tribal series; it led to my best ever art commission last year, titled ‘Pūkauae’ (Genealogy), capturing 17 wāhine with moko kauae who were associated with an enterprise called Tū Tama Wāhine o Taranaki. This is a distinctively wāhine led and dedicated to Rangatiratanga – self -determination. The exhibition captures personal symbols of cultural resistance whilst celebrating the recovery of the art of Pūkauae as a ritual for indigenous healing and regeneration.

The vision for Pūkauae was to tell a story of a person’s connections, achievements, responsibilities and status. The moko kauae is a physical manifestation of identity. The hope of Tū Tama Wahine was to create a moment of cultural pride and inspiration for Māori and all New Zealanders.

You will see a strong emphasis on the background scene in each artwork as an inseparable part of the subject. This equal emphasis on the background to the subject helps communicate connection to, and the healing power of the land. The exhibition first showed at Puke Ariki Museum. We had our sites set on the collection being shown in other areas of New Zealand and internationally, but then Covid happened so everything went on hold.

Among your works, which one is your favourite? Why?

‘Spirit Sisters’ is one of my earliest artworks from the series Mana Wāhine –  which represents the inner power of a Woman. This artwork is a symbolism of spiritual connection, inner strength, and indigenous pride.

Captured here is Lena Kemp, a young artist whose tribal origins stem from Taranaki, like mine. The albatross feathers adorning her head are a customary symbol of our Taranaki tribe. These feathers represent our tribal identity symbolising peace, hope and goodwill to all mankind.

The flax garment that she wears was an experimental piece crafted by my cousin and artist Erika Muna Lee who is also part of my Mana Wāhine Series.

The setting is a famous painting created by my mentor and leading contemporary Maori artist Darcy Nicholas. The three figures behind Lena represent Hineahuone on the left, born of the moist earth and the radiance of the sunlight, the figure on the right is  Hinetitama and the Mature Woman who creates life. The central figure Lena stands in front of is Hinenui Te Po who is the kaitiake – guardian of the spirit world. 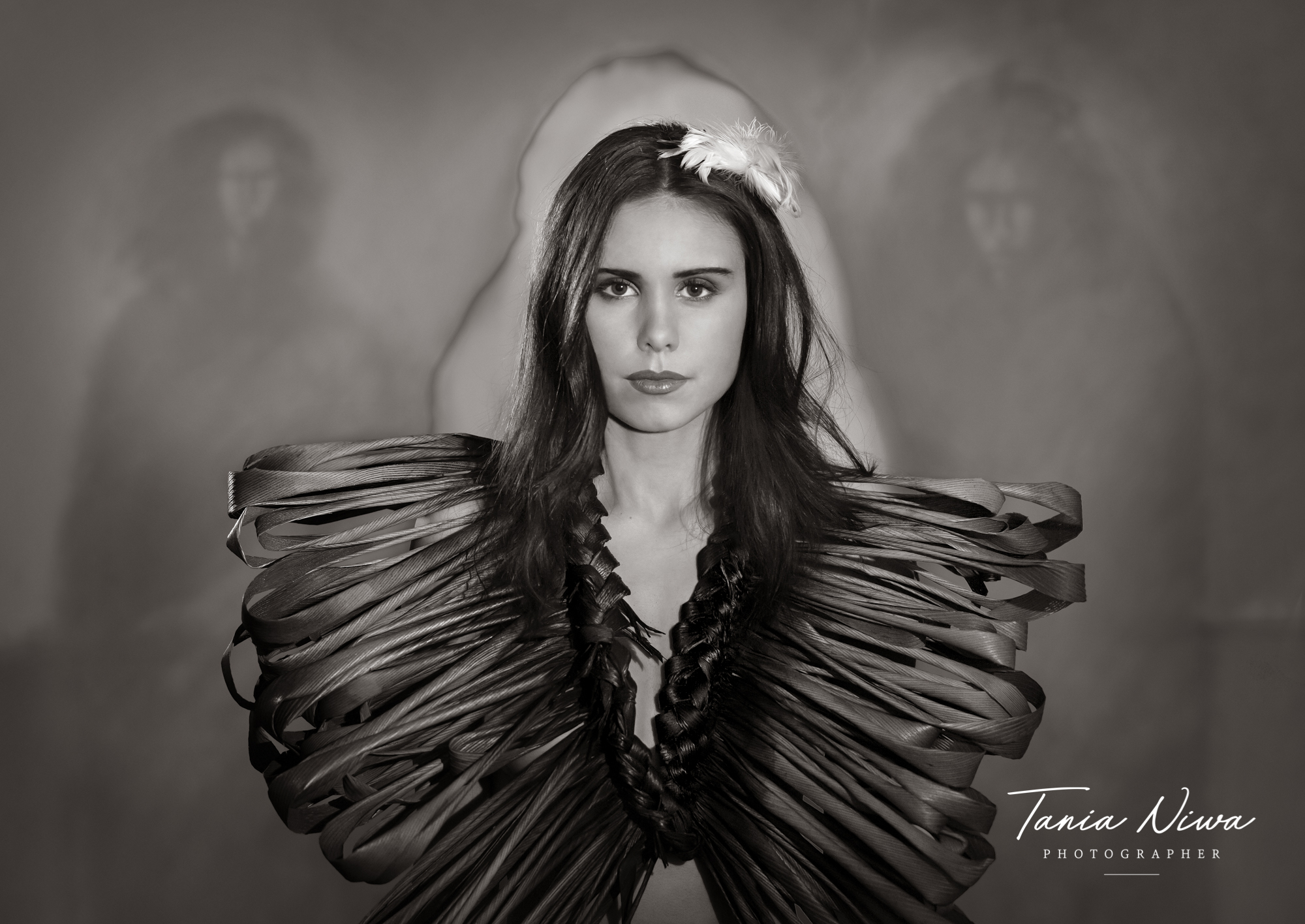 What kind of clients make up your client base?

What was the best advice you were given starting out?

I learnt lots from different people.

John Crawford (in the early 1990s) – the beauty of using a telephoto lens, placing his subjects in really interesting scenic locations out of the norm. He was ahead of his time in the way he used his equipment and conceptual ideas. He not only used this in his own personal work, but also his work in commercial shoots from weddings to the oil and gas industry. This was inspirational to me.

What 3 words describe your photography style?

What is in your camera bag?

Canon 5Ds 50 megapixel, 5DMk111 (for behind the scenes pics on location)

Mac Prep and Prime translucent finishing powder, tissues and application brush (to use on anyone with shiny skin when shooting headshots)

What are your other passions?

Daily exercise for mental and physical well being such as swimming, mountain bike riding with mates, yoga, and staying connected with friends and whanau

PEOPLE AND THEIR WELFARE:

I’m also very passionate about ‘welfare’ in regards to the wellbeing of our community in my hometown of Waitara. Waitara is where the first land wars began in 1861.  Many of the descendants of the families still live in the area having had their lands stolen by early settler arrivals at the point of a gun. This has resulted in  great sadness, intergenerational trauma, inherited grief and dysfunction.

Post covid I took a big step forward with a major passion of mine by starting a Māori Educational Resources Enterprise to help support our Taranaki whanau, hapu and iwi. Although I did not have all the skills needed, I was able to bring a talented group of like minded people together. Our focus is on helping support learning with exciting resources including 3-d virtual experiences and tangible pathways for the arts.

The idea is that the enterprise should include a charitable trust to help provide resources to our local under resourced Taranaki schools and inspire learning. 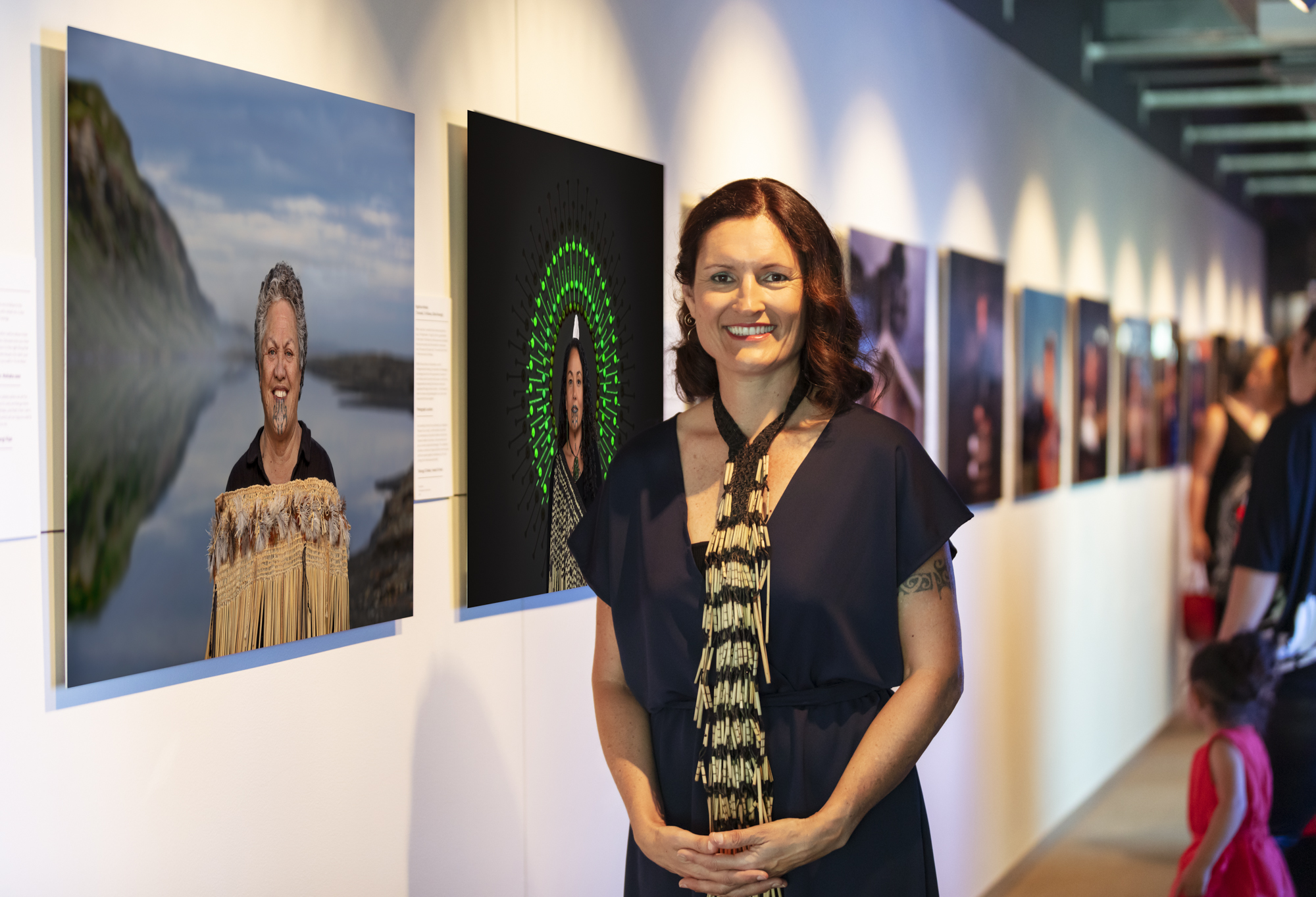 Tania standing in front of the exhibition at Puke Arika Museum

The compliment that touched you the most?

“Tania Niwa is probably Maoridom’s leading professional photographer in portrait documentation of our people. She has a highly sophisticated way of bringing creativity and excitement into photography which no other New Zealand photographers have. Māori have had no photographers in my long time as a contemporary Maori artist who can rival her in her profession, and she is always guaranteed to produce something that is world class. That is the level she works at and expects to achieve every time she allows a photograph taken by her to be presented to the public.”

Why did you join NZIPP?

To get up to speed with what is happening in the New Zealand Photography world and reconnect with colleagues.  I used to be a member from 1992 while also being a member of the AIPP.  I came into the Institute back in the day when John Crawford, Anne Geddes, Fay Looney, Margaret Bake, Russell Hamlet and Mike Langford were at the cutting edge of our industry.

After the last GFC in around 2007 my Sydney business took a beating, and I stopped doing any personal photographic art for myself.  I later came to the realisation that vulnerability is a strength. If we are playing safe and not setting creative art projects that extend us beyond anything we have done before, then we are protecting ourselves from failure and not progressing. It is through exploring new ways of seeing and creating that we nourish our soul.

Ten years ago I  found myself easily distracted, and less structured. I was taking on projects that diverted me away from being an artist. I remember Darcy saying “Yeah, yeah Tania, that’s good, but remember you are an artist first and foremost, and you must create art to nourish your soul.”

Darcy also helped me see beyond what my ‘perfectionism curse’ was.  He explained that as an artist, it is like riding a wave. You will have peaks and troughs. Not every image you create will be on point, and that’s ok.  Creating in the face of vulnerability even if you are not always successful is all part of your development.

When you are creating with a clear purpose then your creative message will be stronger. As artists we must be vulnerable in order to go where we haven’t been before. 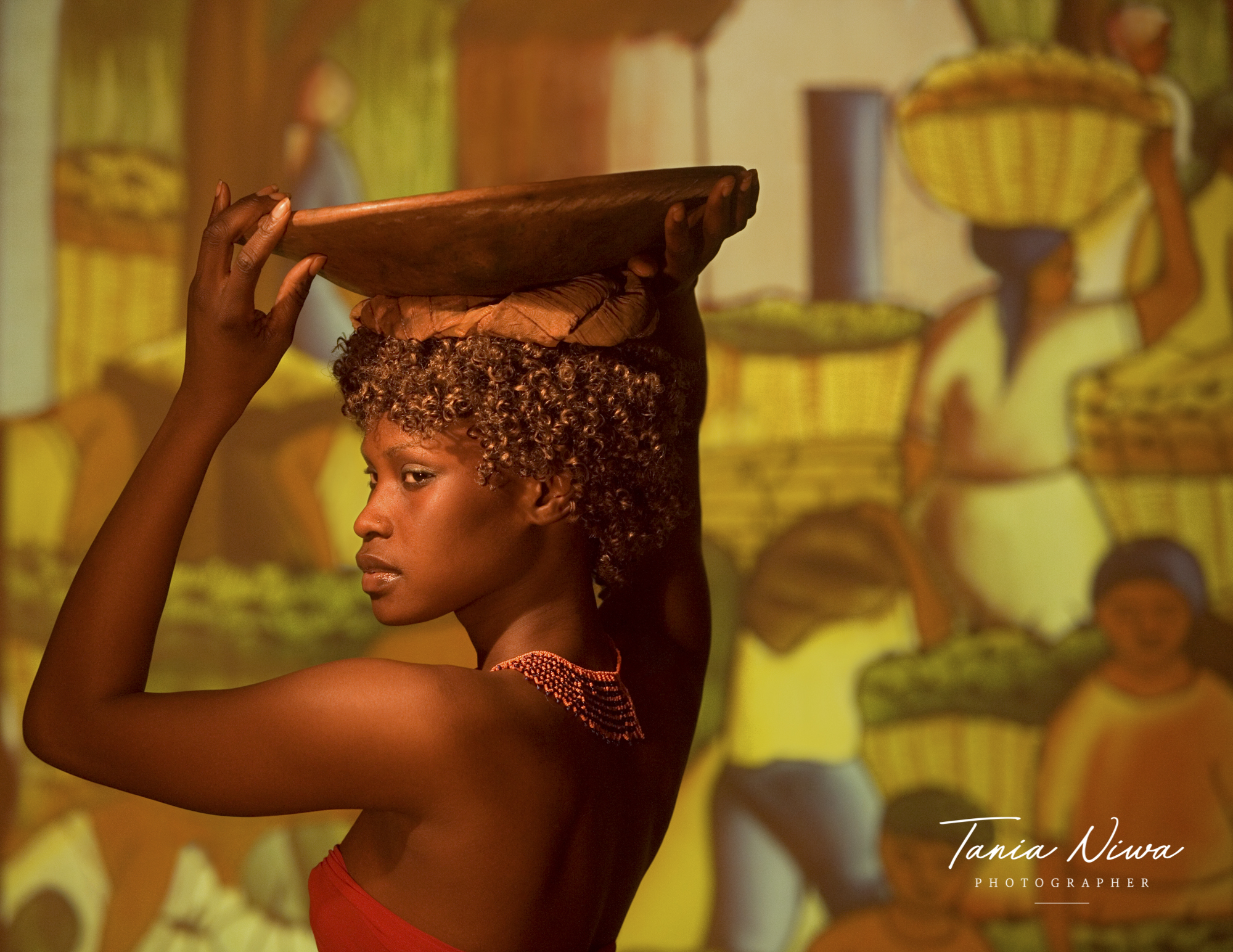 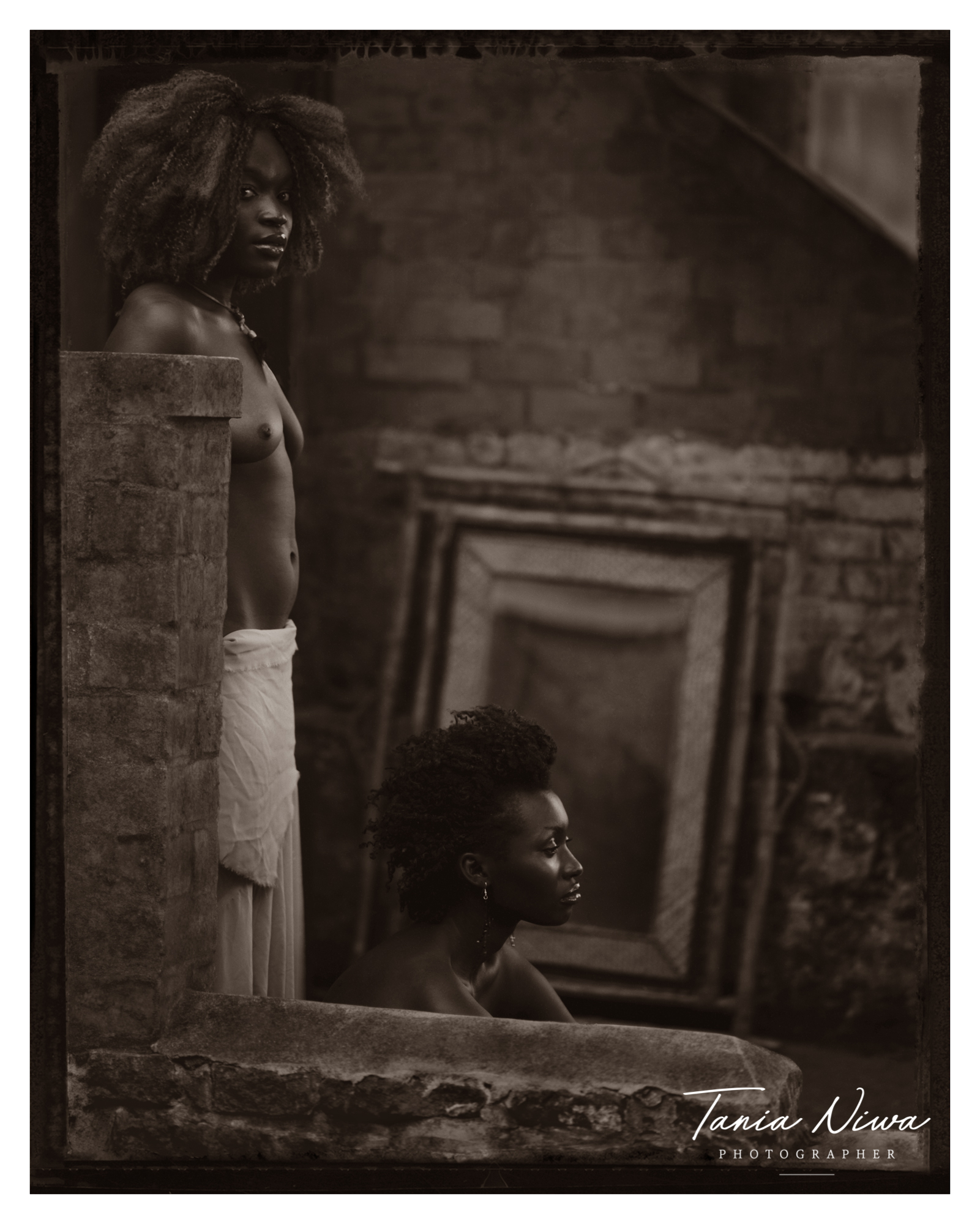 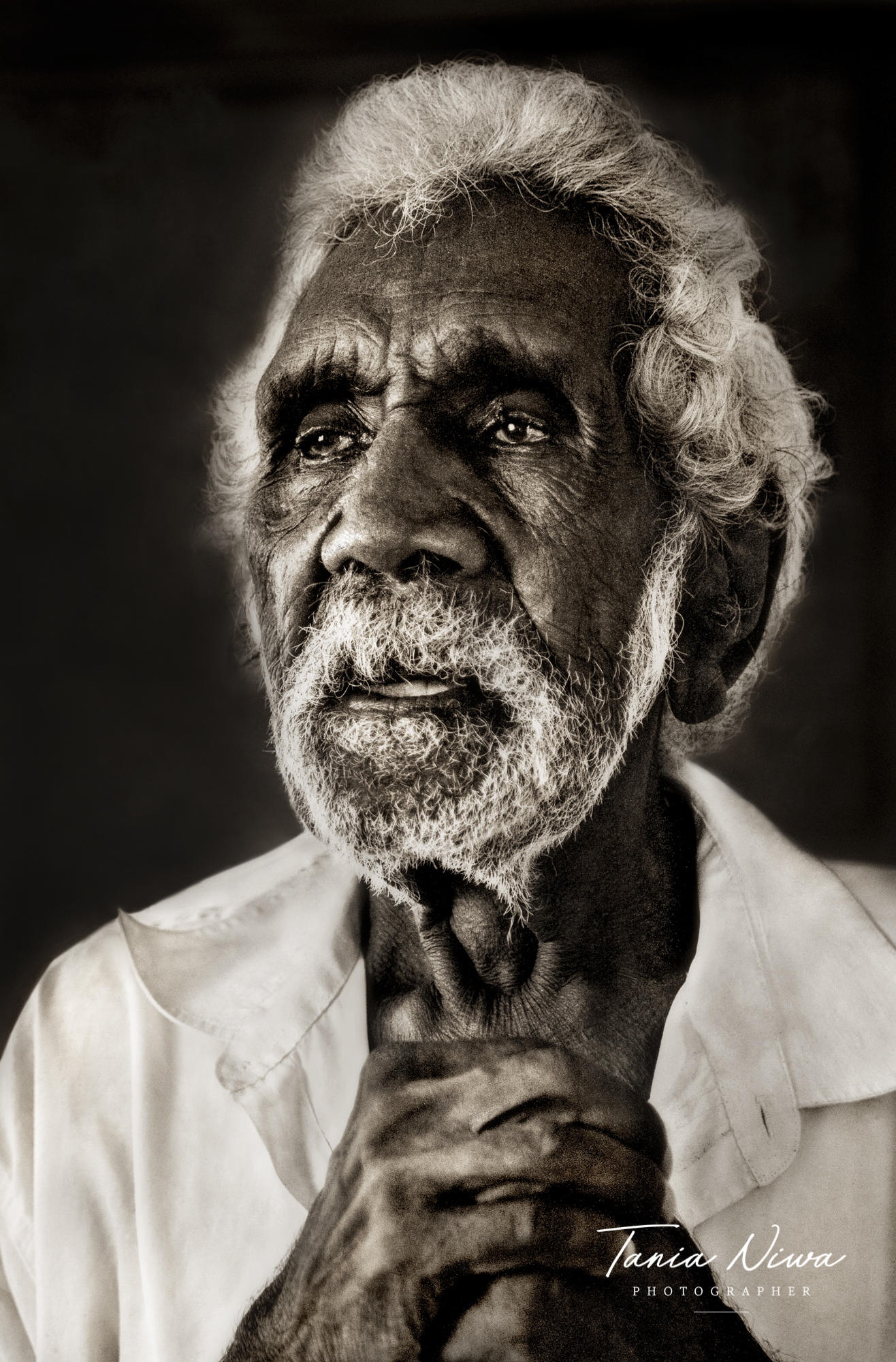 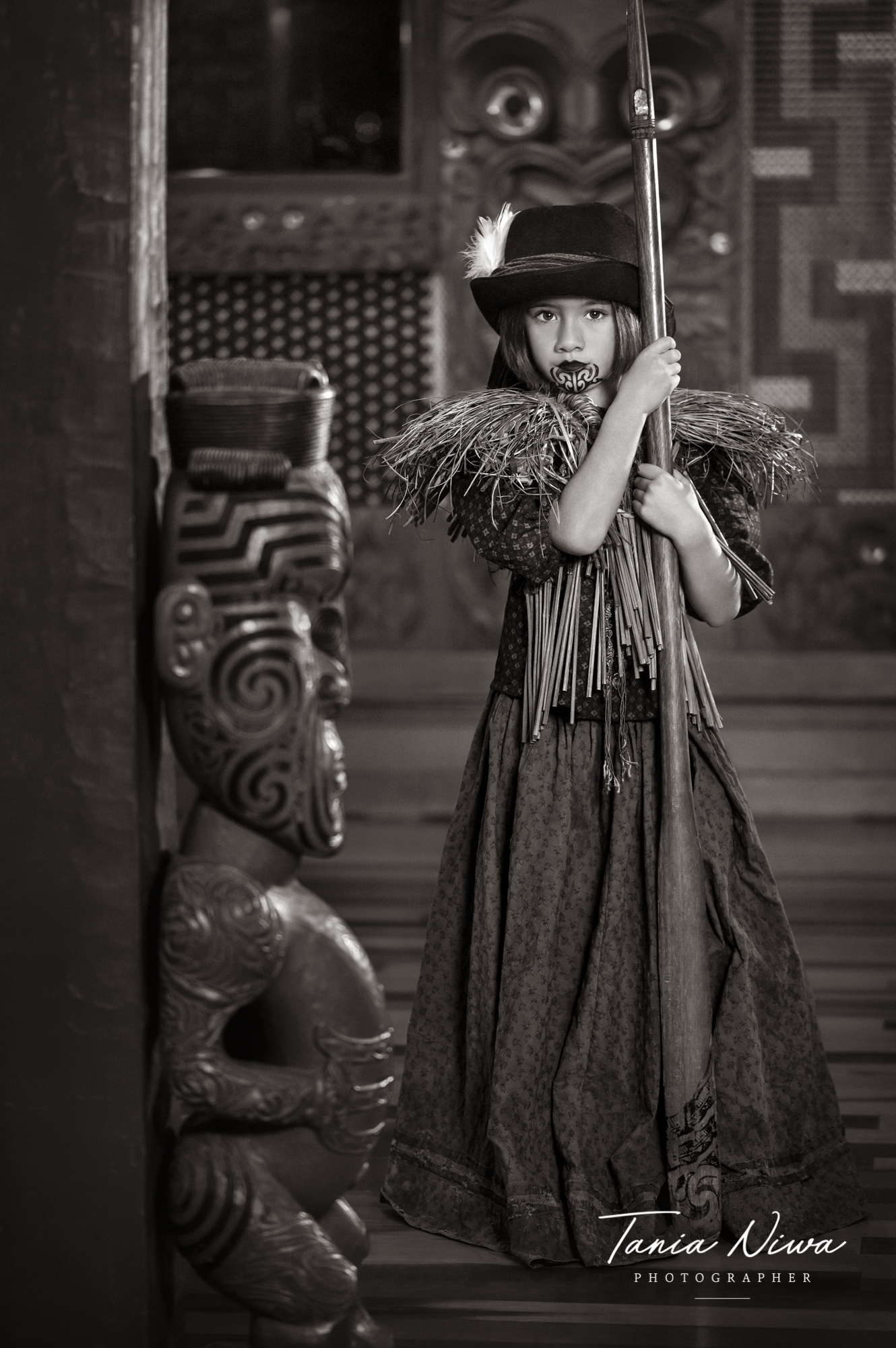 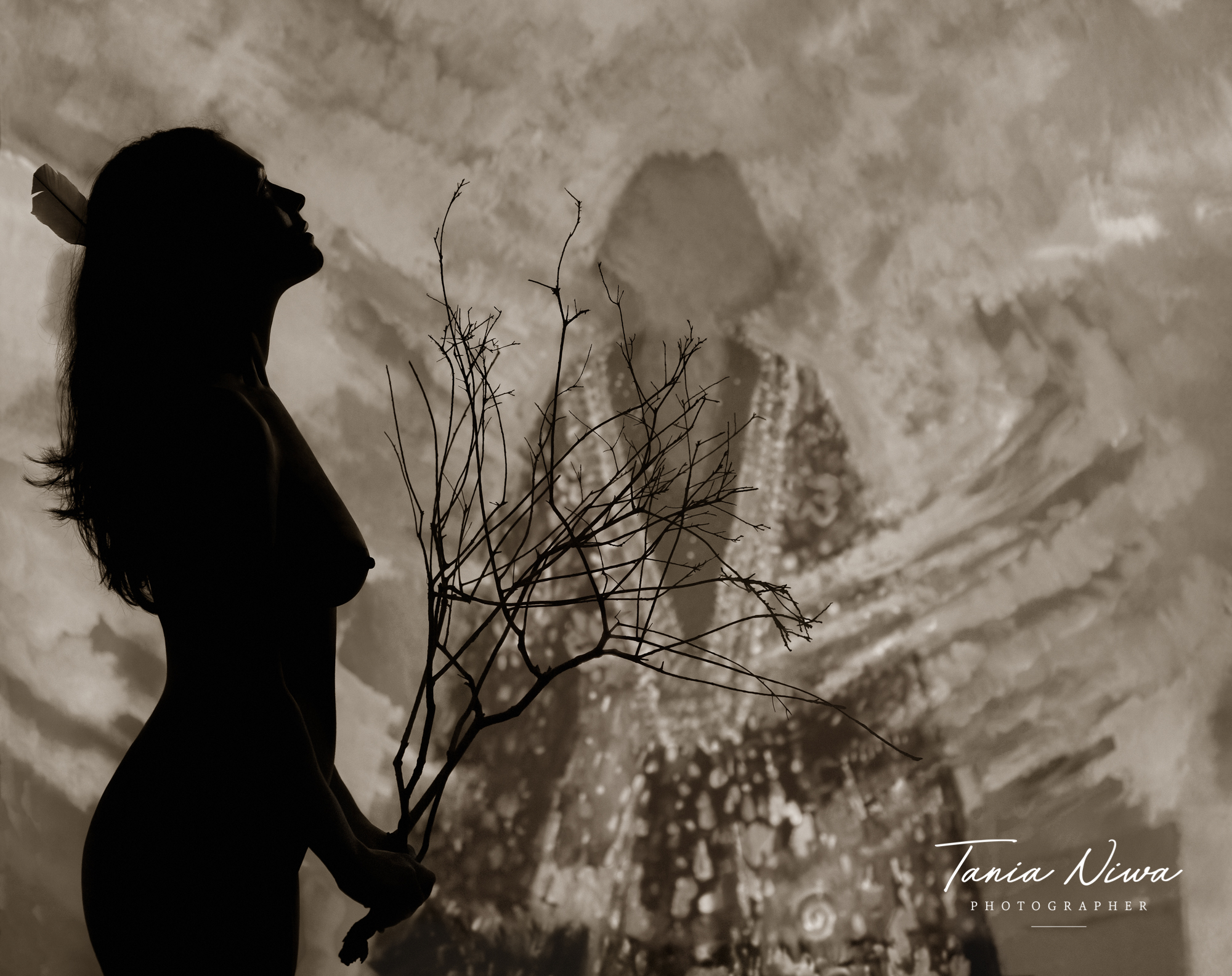 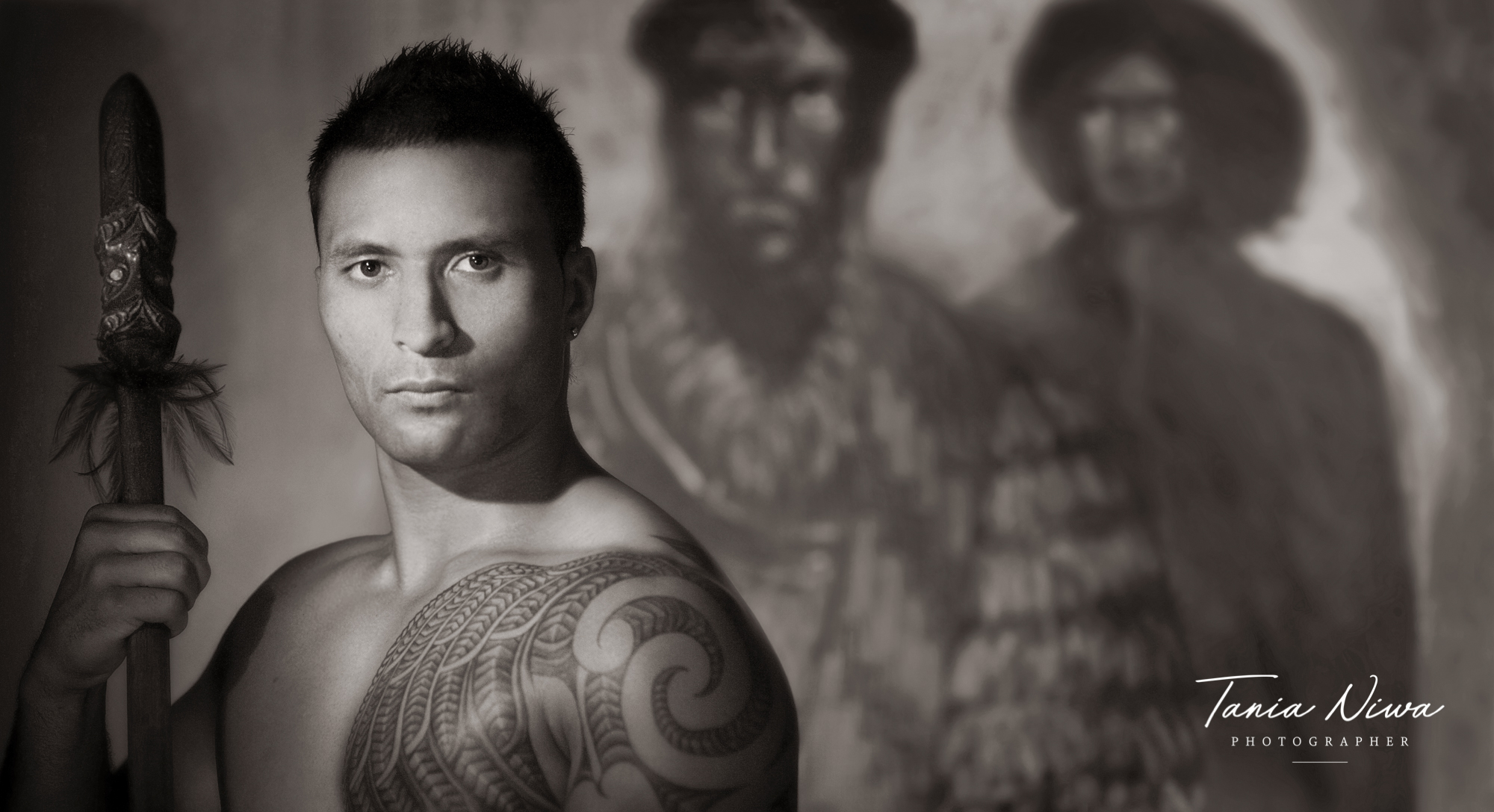 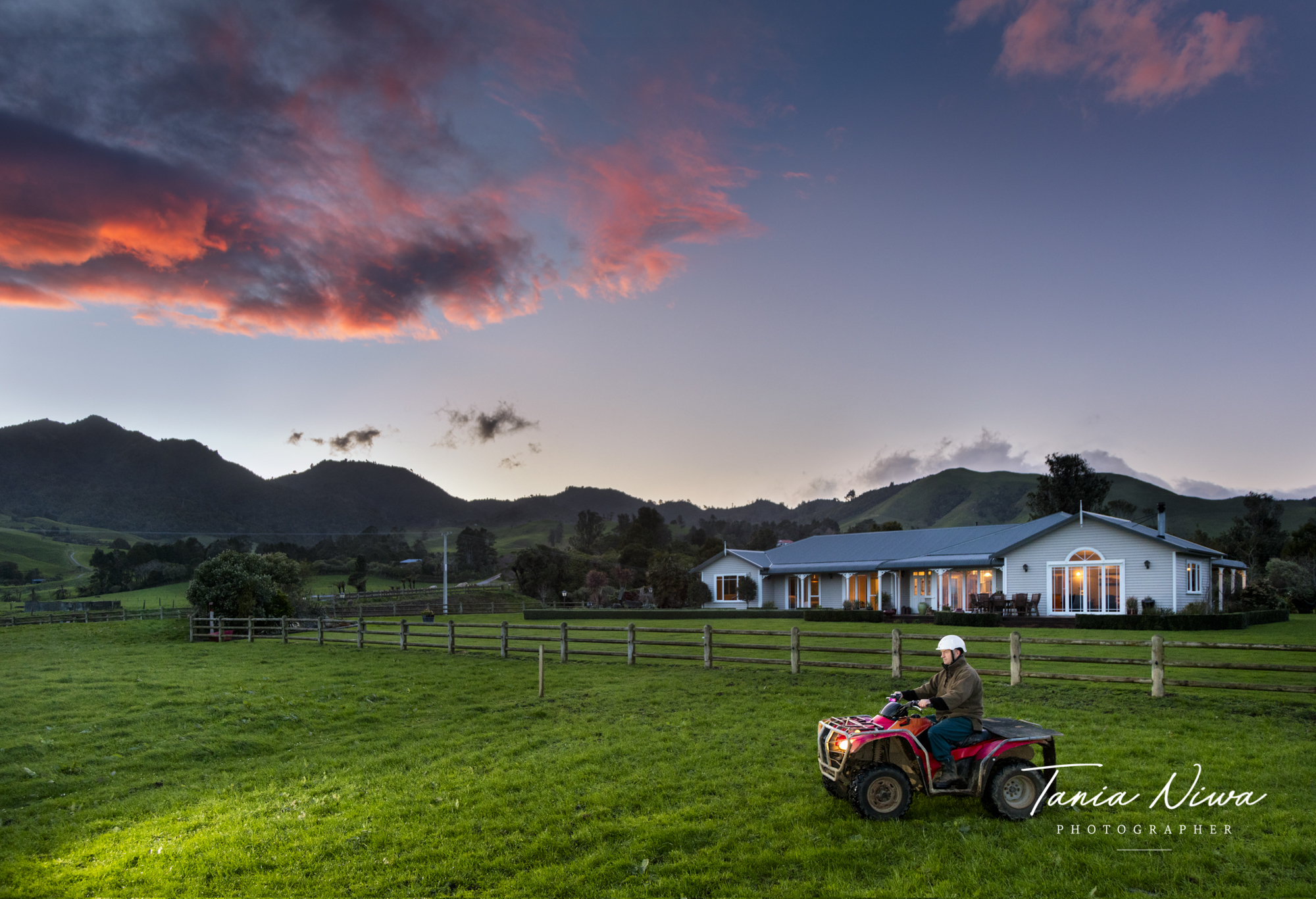 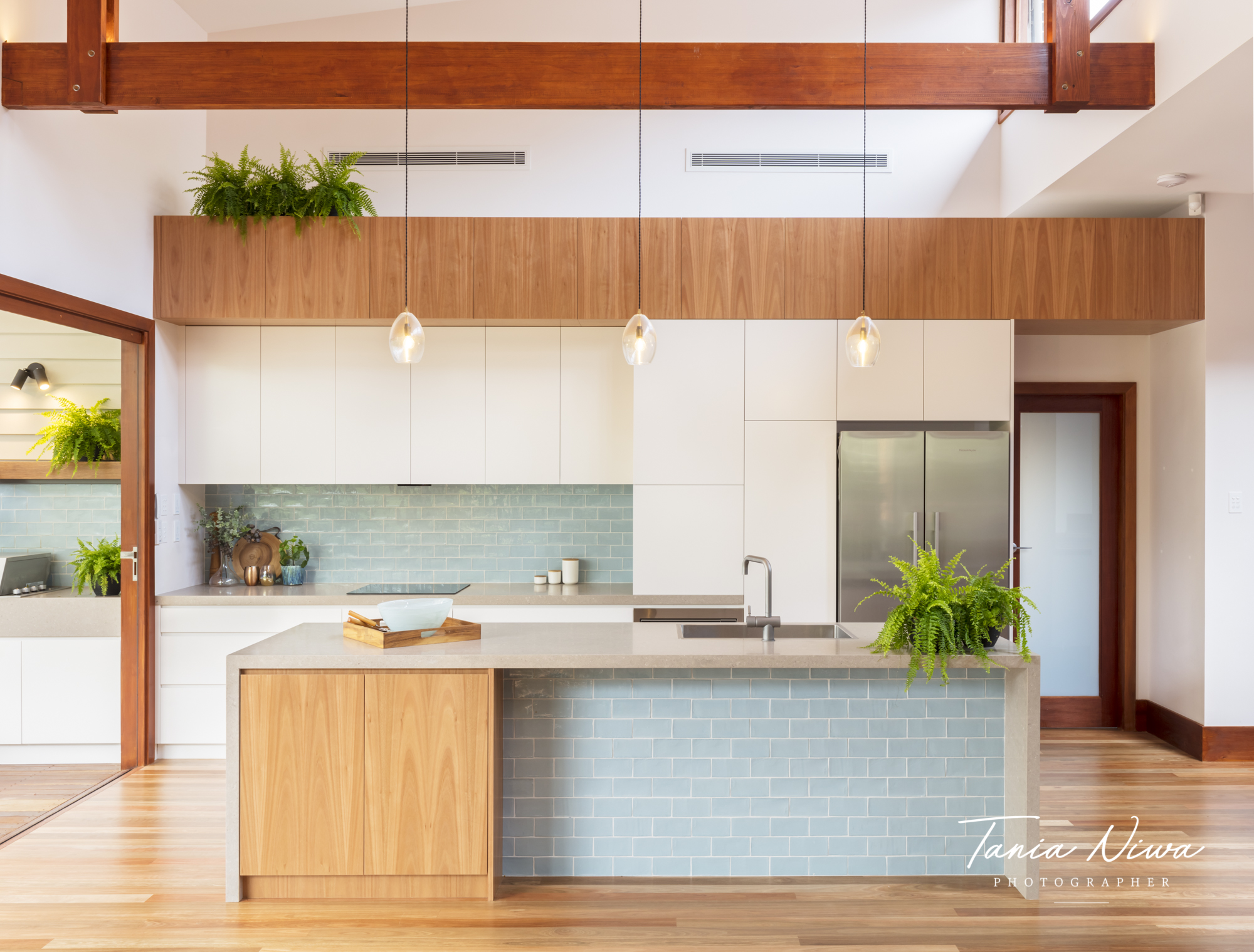 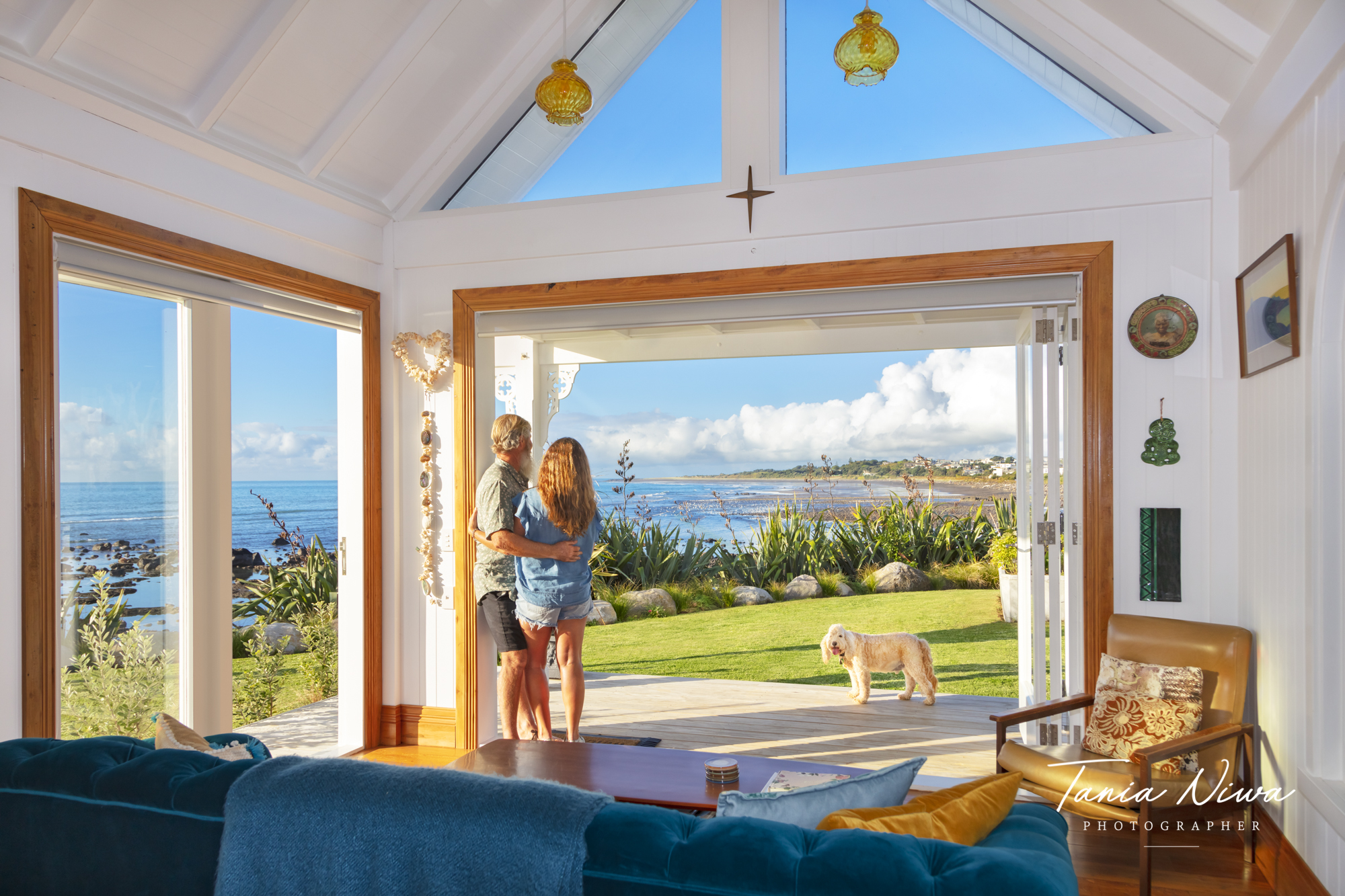 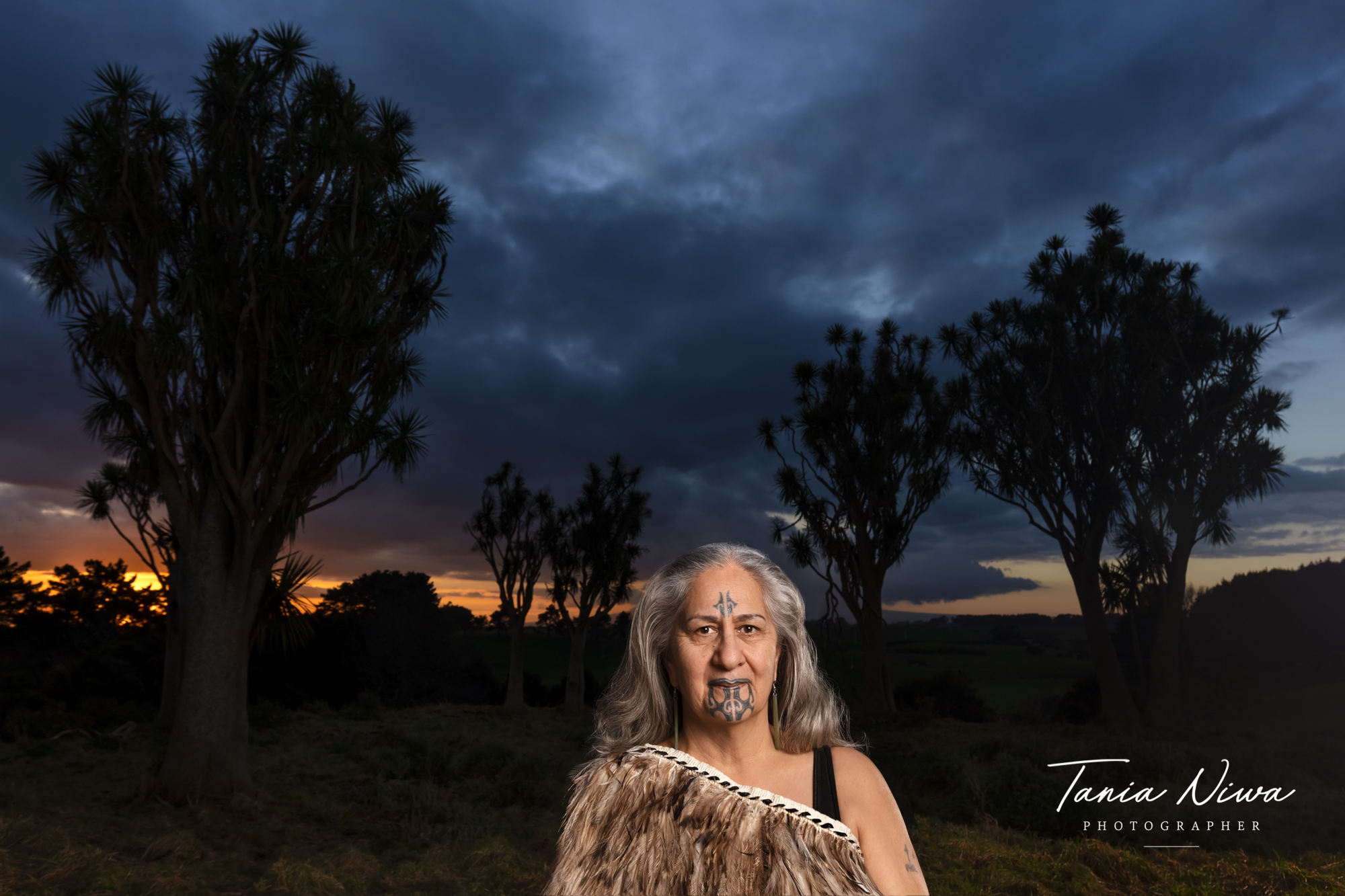 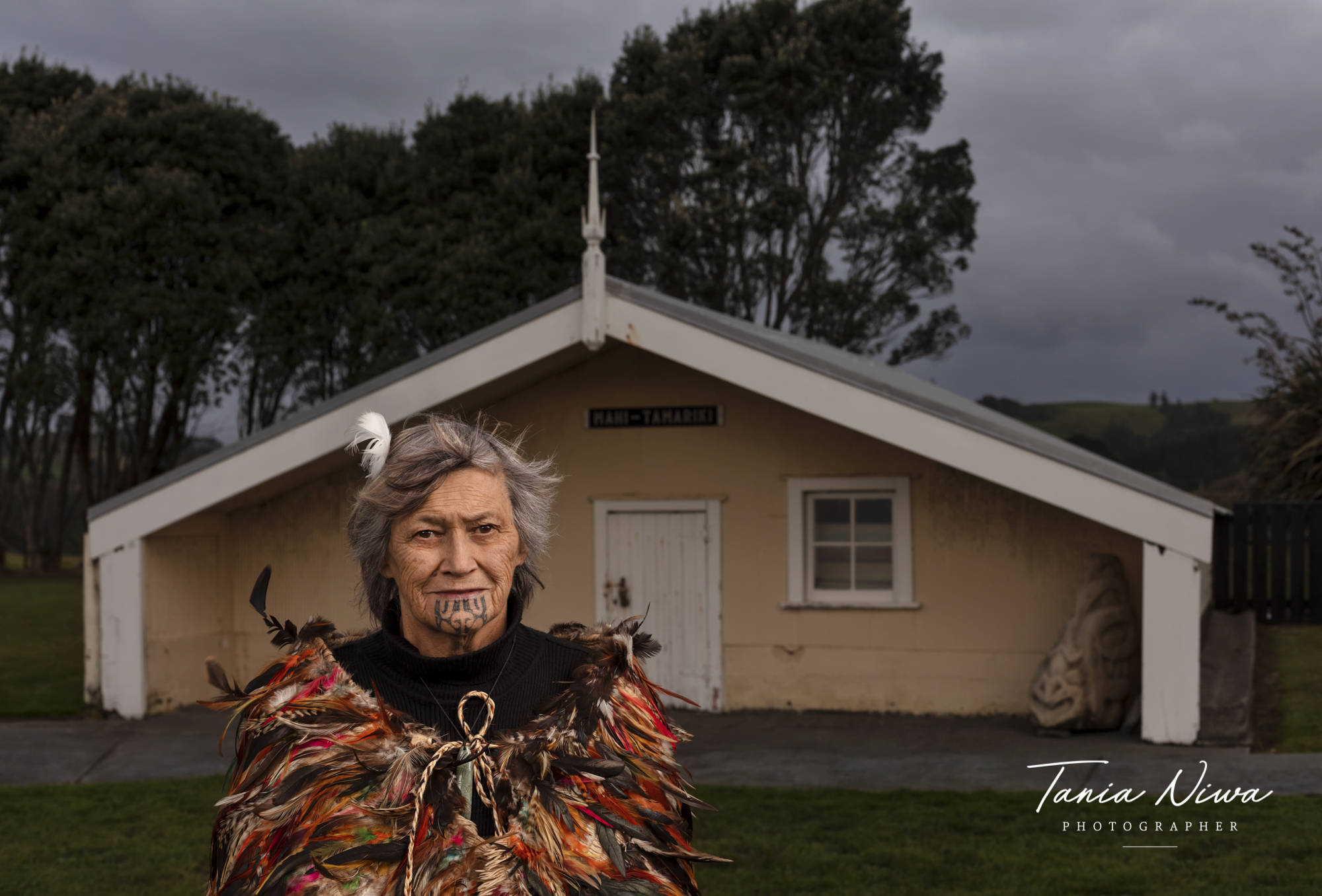 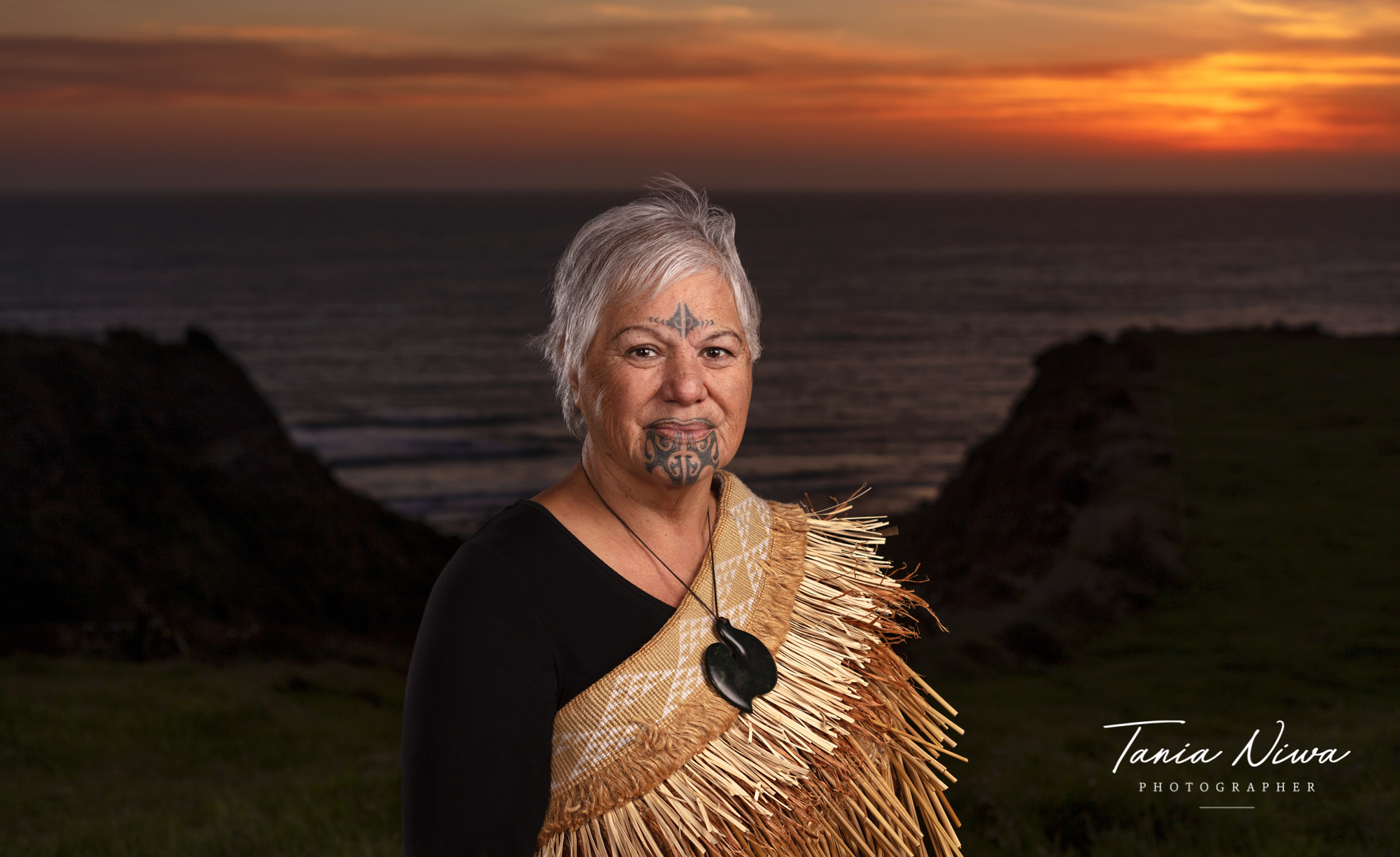 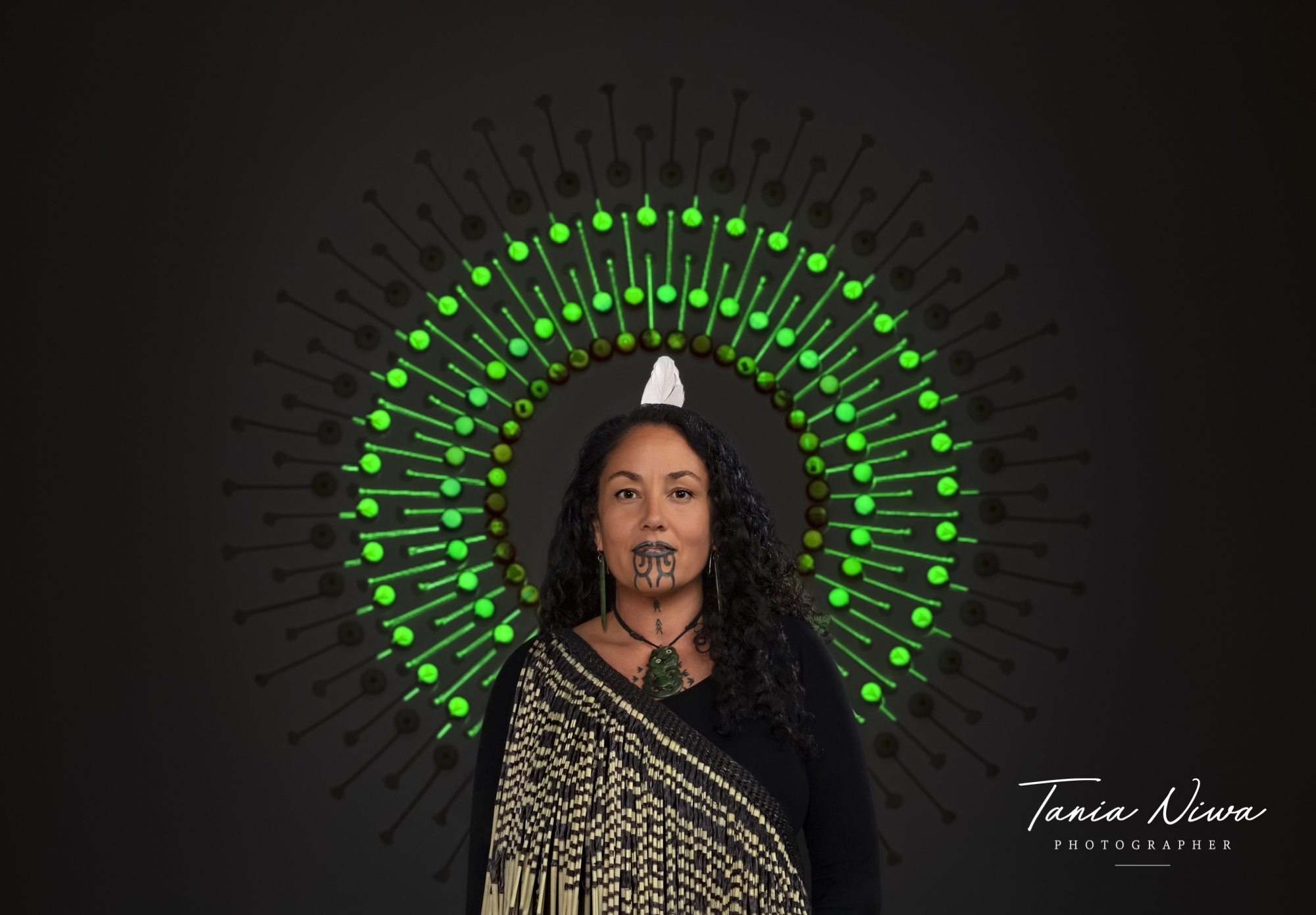 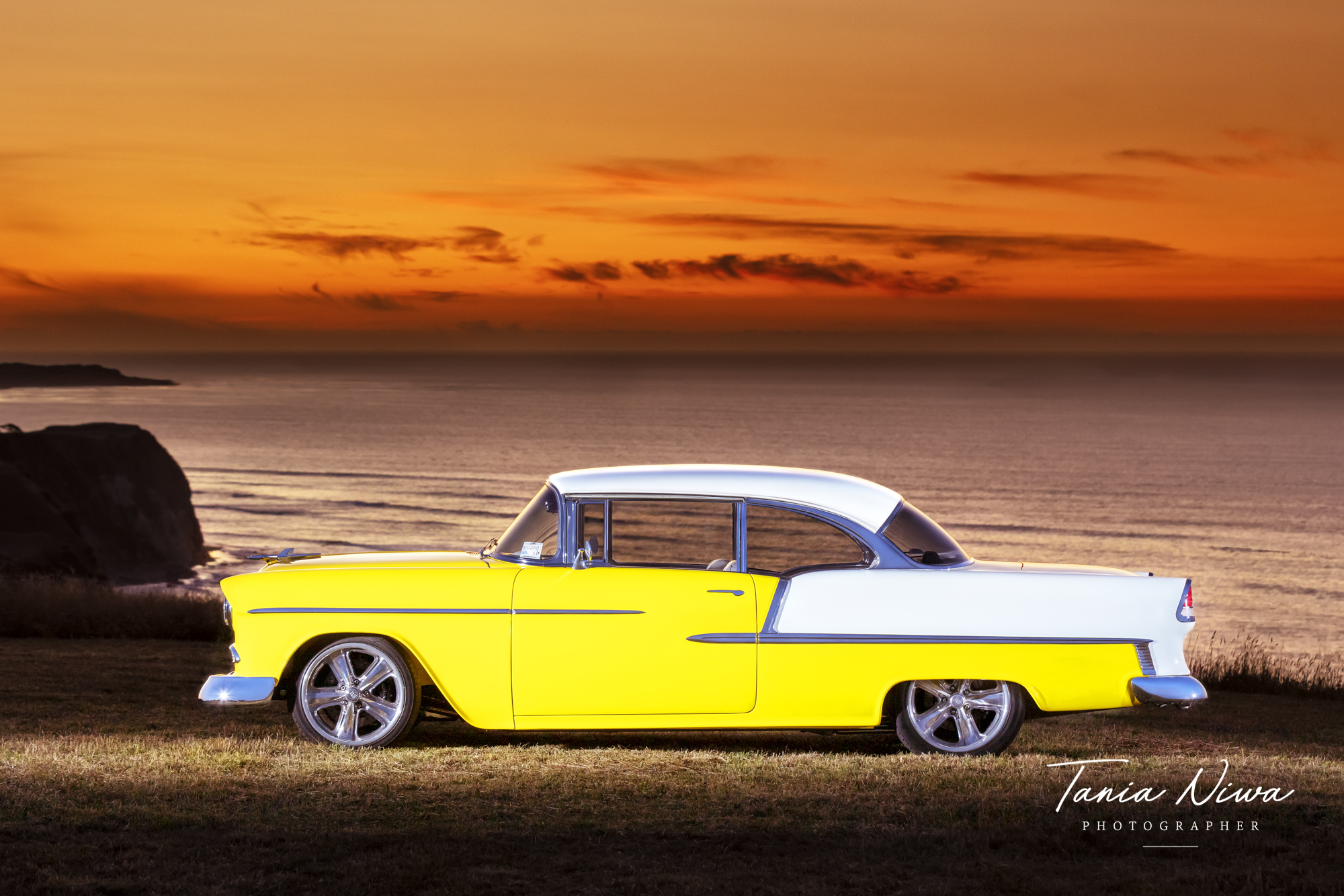 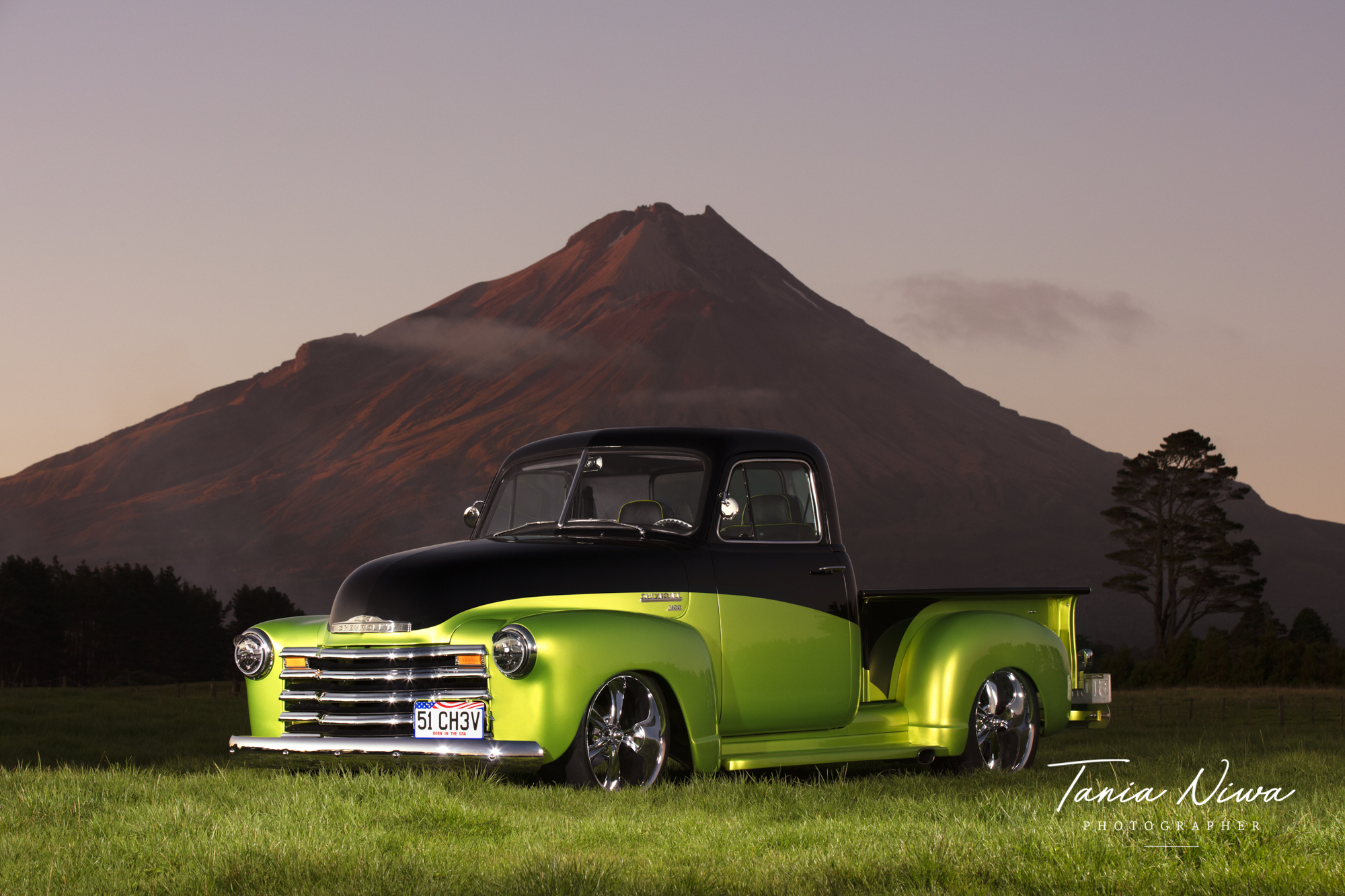